Egypt is famous for its ancient civilization and some of the world’s most famous monuments, including the Giza pyramids, the Great Sphinx and the ancient temples of Luxor dating back thousands of years. Although focus of most tourist visits remains the great monuments along the Nile, Other tourist attractions in Egypt include camel trips into the mountains of Sinai, tours to remote oases or visits to the Coptic monasteries of the Eastern Desert. 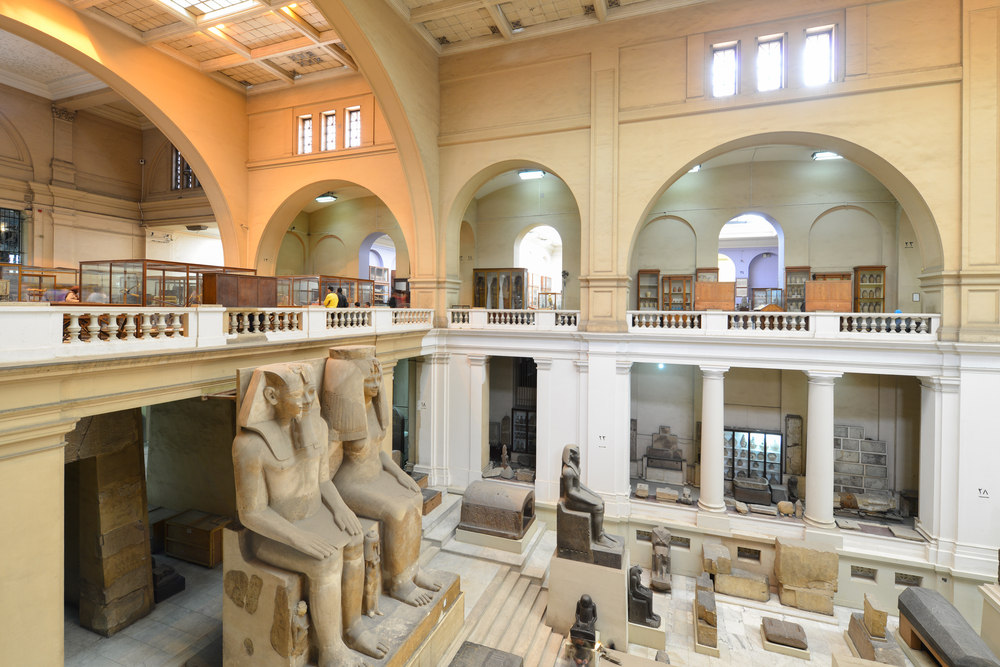 Home to at least 120,000 items of ancient Egyptian antiquities, the Egyptian Museum is one of Cairo’s top attraction. There are two main floors of the museum, the ground floor, and the first floor. On the ground floor, there is an extensive collection of papyrus and coins used in by the ancient Egyptians. On the first floor, there are artifacts from the final two dynasties of Ancient Egypt and also many artifacts taken from the Valley of the Kings. Highlights include the objects from the Tomb of Tutankhamen and the Royal Mummy Room containing 27 royal mummies from pharaonic times. 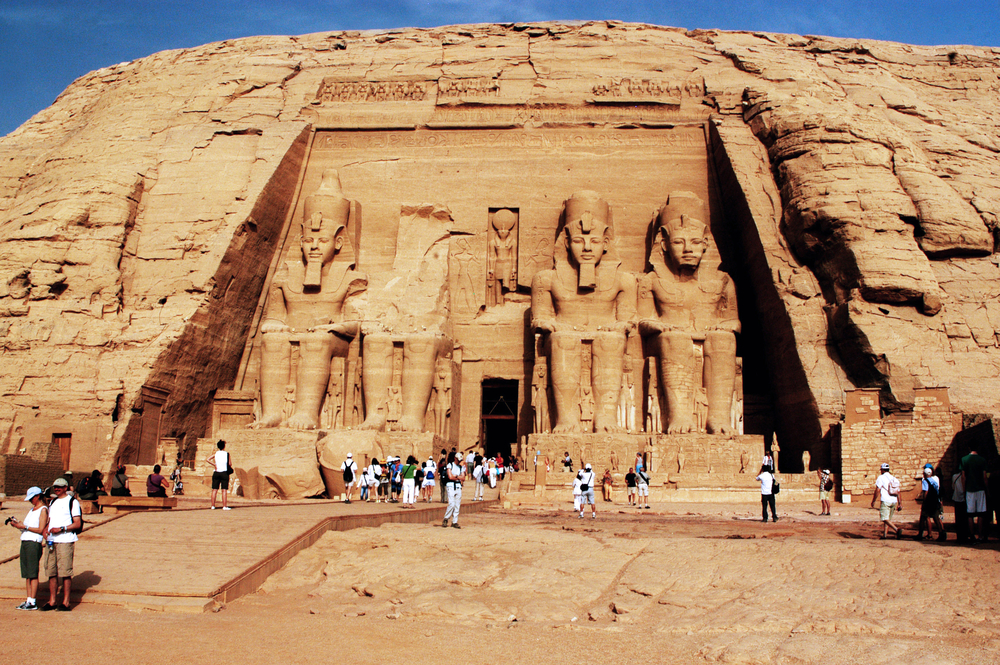 Abu Simbel is an archaeological site comprising two massive rock-cut temples in southern Egypt on the western bank of Lake Nasser. The twin temples were originally carved out of the mountainside during the reign of Pharaoh Ramesses The Great in the 13th century BC, as a lasting monument to himself and his queen Nefertari. The complex was relocated in its entirety in the 1960s, when the temples were threatened by submersion in Lake Nasser, due to the construction of the Aswan High Dam. Abu Simbel remains one of Egypt’s top tourist attractions.

3. Valley of the Kings 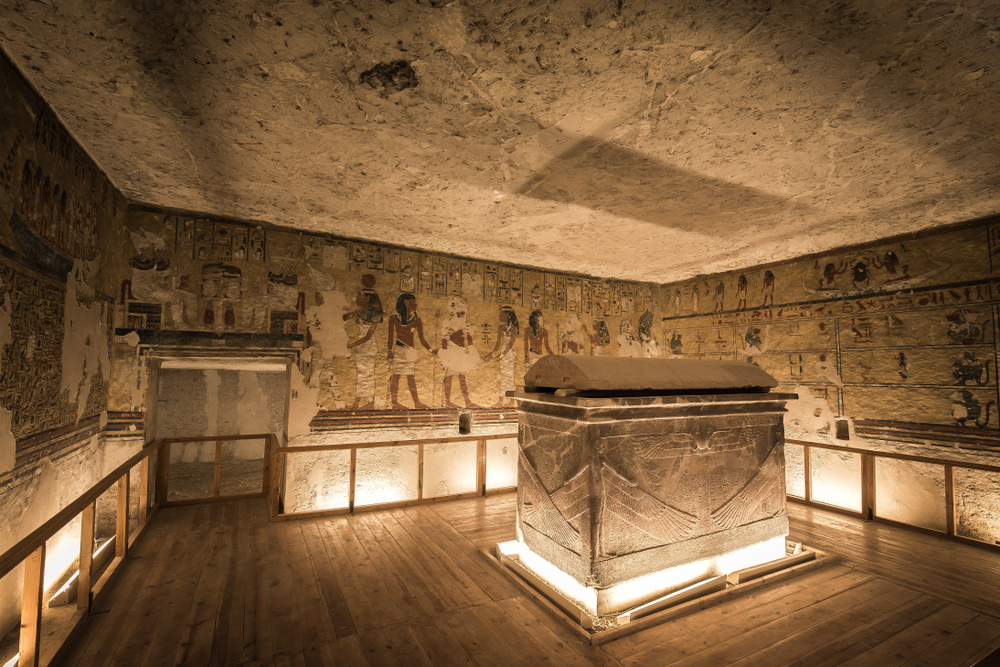 The Valley of the Kings near Luxor is a valley where, for a period of nearly 500 years from the 16th to 11th century BC, tombs were constructed for the kings and privileged nobles of the New Kingdom. The valley contains 63 tombs and chambers, ranging in size from a simple pit to a complex tomb with over 120 chambers. The royal tombs are decorated with scenes from Egyptian mythology and give clues to the beliefs and funerary rituals of the period. All of the tombs seem have been opened and robbed in antiquity except for the famous tomb of Tutankhamun. 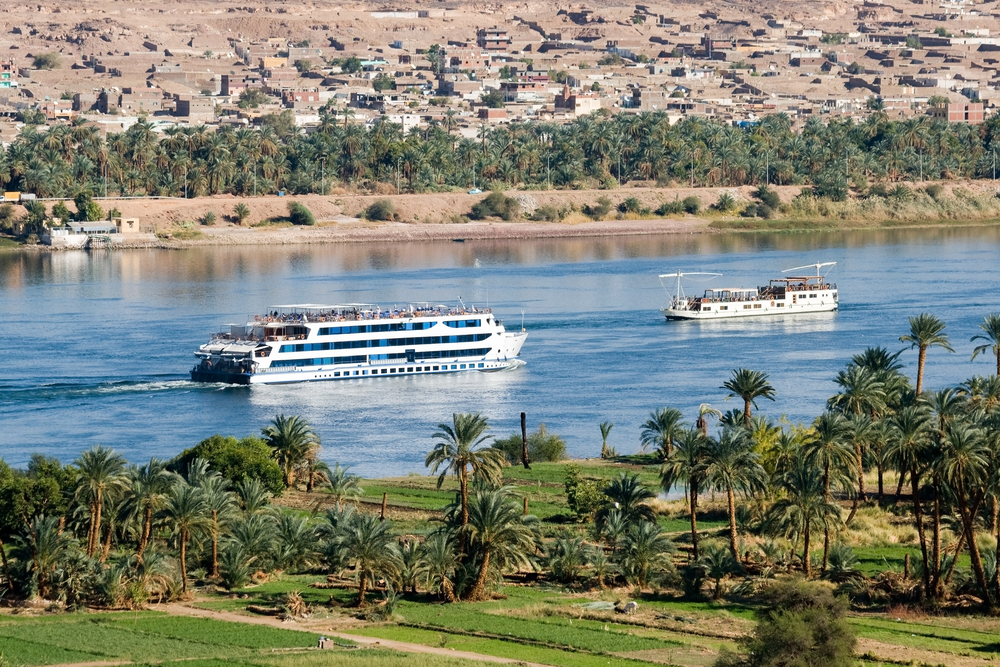 Cruising the Nile is a popular way of visiting upper Egypt. The Nile River has been Egypt’s lifeline since ancient times and there is no better way to trace the passage of Egypt’s history than to follow the course of the Nile. Almost all Egyptian cruise ships travel the Luxor-Aswan route which is safe, scenic and terminates at two of Egypt’s most important towns. Taking a Felucca down the Nile is an adventurous option. Feluccas are sail boats that have been used on the Nile since antiquity. A Felucca is not quite as comfortable as a luxury cruise ship but nothing can beat sailing in a quiet rig that was designed thousands of years ago. 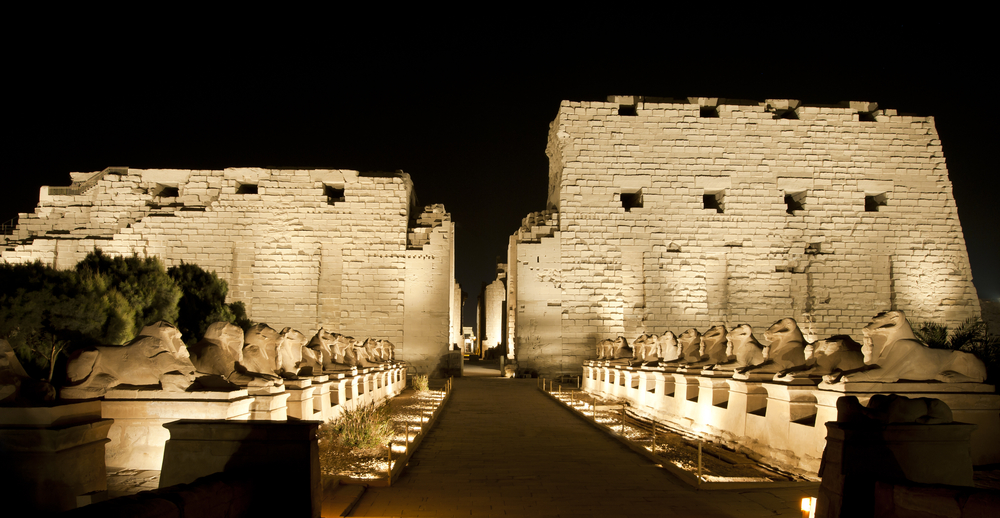 Although badly ruined, few sites in Egypt are more impressive than Karnak. It is the largest ancient religious site ever built, and represents the combined achievement of many generations of Egyptian builders. The Temple of Karnak actually consists of three main temples, smaller enclosed temples, and several outer temples located about 2.5 kilometers north of Luxor. One of the most famous structures of Karnak is the Hypostyle Hall, a hall area of 5,000 m2 (50,000 sq ft) with 134 massive columns arranged in 16 rows.