Valley of the Kings

Valley of the Kings

The Valley of the Kings is where the modern myth of Egypt began with Howard Carter’s discovery of Tutankhamun’s tomb, complete with all of the treasures with which he had been buried, in 1922. The fame of that discovers ushered in a new era of Egyptian tourism as the treasures of Tutankhamun toured the world and generated new, widespread interest in the history of Ancient Egypt. The valley is not very impressive at first glance.

It is not much more than a sun-blasted gorge of generic, red rock, but hidden underneath the earth are the tombs of nearly 70 pharaohs. Excavation is ongoing in some of them, but many are open to visitors on a rotating schedule to allow for restoration. Seeing the ornate decorations on the walls of these tombs and imagining the painstaking process necessary to create them is well worth the visit even in the hottest months. 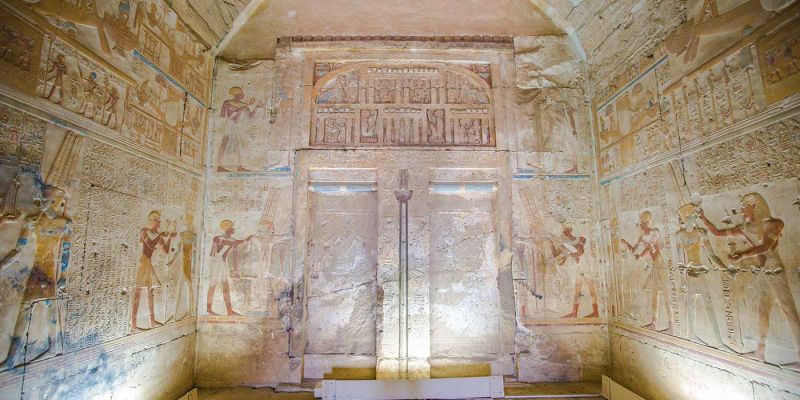 The Valley of the Kings is located on the west bank of the Nile River near Luxor. It is the most famous site for the unique collections of tombs and breathtaking ancient ruins. That location makes it one of the hottest spots for exploring ancient Egyptian history. Archaeologists have been sweeping the area of the Valley of the Kings for centuries, and till now it continues to surprise them.

The richness of the finds here in the Valley of the Kings has kept archeologists busy for nearly two centuries. If all of the tombs here where open to visitors it would be nearly impossible to actually make it to all of them, but thankfully the possibility of such a huge task is eliminated for you.

The tourism authorities only open a few of the tombs at a time in order to allow for a continual cycle of upkeep and restoration. Regardless, there are certain to be several impressive tombs open at any one time. Be careful to heed the advice of your guide or guidebook on which ones to enter.

The most famous tombs are not necessarily the most impressive and a ticket to the Valley of the Kings only allows you to enter three tombs. A separate ticket is required to enter Tutankhamun’s tomb although you may find it a disappointing sight, especially given the extra cost.

During the New Kingdom’s period of ancient Egyptian history (1539-1075 B.C.), the Valley of the Kings was the major burial ground for most of the royal pharaohs. The most famous pharaohs buried there were Tutankhamun, Seti I, and Ramses II. Also, you will find there the tombs of most of the 18th, 19th, and 20th dynasties queens, high priests, and other elites of that era. 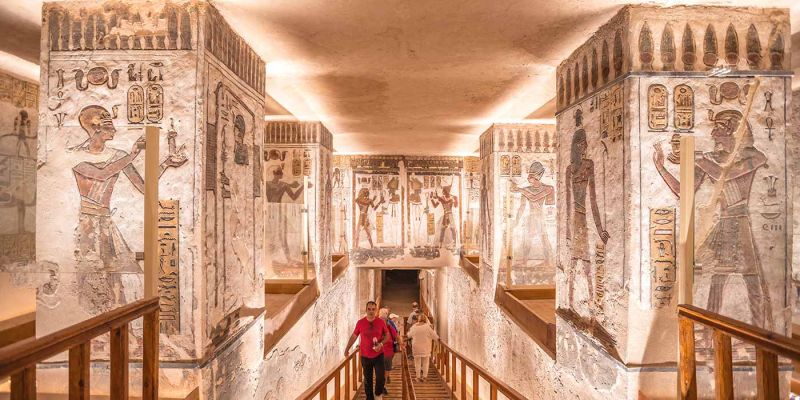 Remember that Tutankhamun was a relatively minor pharaoh, made famous by the fact that his tomb is the only one the valley that was discovered with its contents still inside, not by the grandeur of his tomb relative to the others. Those contents are now on display in the Egyptian Museum in Cairo.

Salima Ikram, a professor of Egyptology at American University in Cairo and a National Geographic grantee said that the ancient Egyptian pharaohs included so many things in their tombs including pieces of furniture, clothes, and jewelry. However, what remains a mystery is that they didn’t have any books buried with them.

The most interesting fact was that tombs even included many kinds of food and drink, even wine and beer, as well as the precious objects that meant to help the deceased pass to the afterlife and achieve eternity, even the pharos favored companions and servants were buried with them! 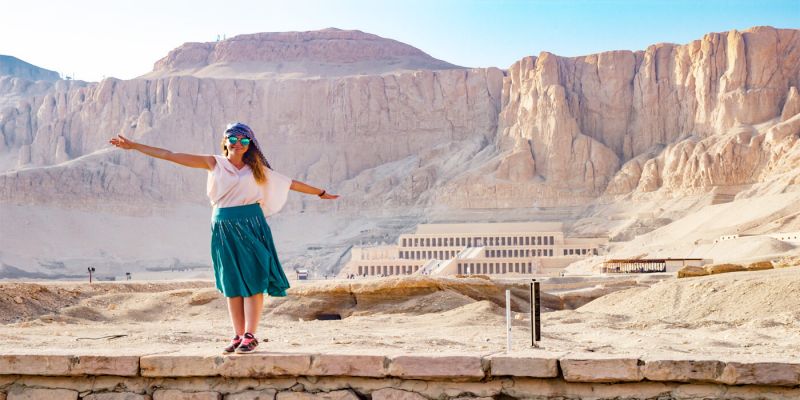 Make sure that you remember to buy tickets at the West Bank ticket office before arriving at the Valley of the Kings. Tickets for all sites on the west bank must be purchased at this office and cannot be purchased on location at any of the sites.